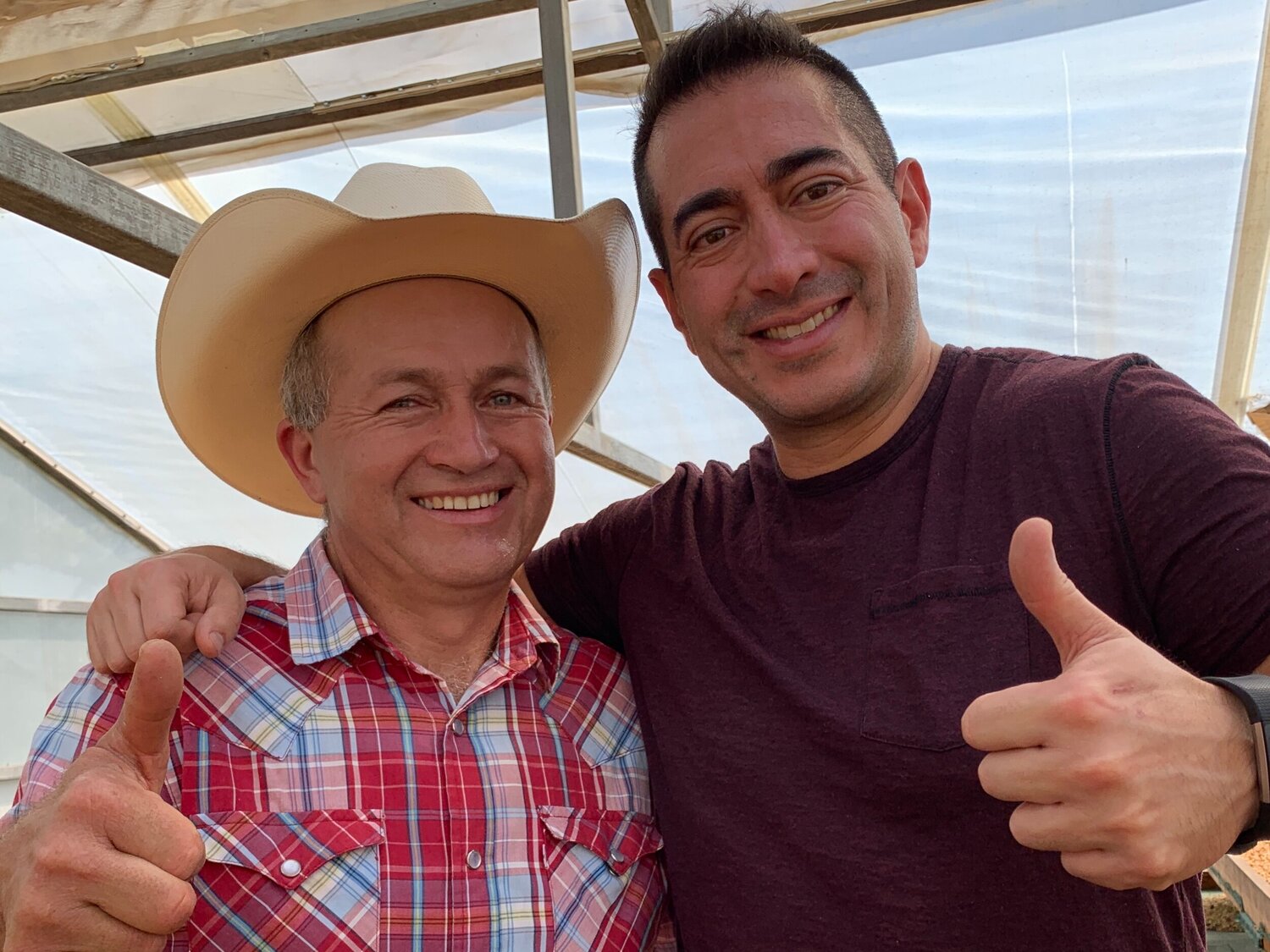 When importing coffees from producing countries, many roasters are confronted with a number of challenges, such as how to source coffee and connect with producers. Similarly, for many producers, the intricacies of the supply chain may mean they struggle to directly connect with buyers and earn more for their coffee.

Martin Mayorga of Mayorga Organics is no stranger to the difficulties that coffee-producing communities face. To learn more, we spoke to Martin about the difficulties in the coffee supply chain, how he established his company, and his goal of eliminating systemic poverty for Latin American producers.

“I went to the market with my mom when I was [about] four or five years old,” Martin says. “I believe it was in Nicaragua.

“A young kid about my age and his mom approached us begging for money. Afterwards, I asked my mom: ‘Why didn’t they just go to the market to buy food?’

“Even when I was very young, I recognized that there was a big gap between people who could afford food and those who couldn’t.”

When Martin relocated to the United States, he says the difficulties for coffee-producing communities became more apparent. This, he says, caused him to compare the realities in Latin America to how people were spending money in more developed economies like the US.

“When I moved to the United States as a teenager, I saw people drinking cups of coffee, and saw that there was a lot of money going into these products,” he explains. “These were the same products I had seen at the farms – the same farms where people couldn’t go to the market and buy food for their family.”

It wasn’t until a close family friend decided to stop growing coffee that the challenges of the coffee supply chain became clear to Martin.

“My family friend was telling me that he was going to give up his farm because he couldn’t make money,” he says. “I didn’t understand, because he had such a big farm and he produced a lot of coffee.

After this, Martin says he sought out a way to improve the supply chain so that producers could benefit from better prices. He explains that the long term goal was to reduce and aim to eliminate systemic poverty. The result was the founding of his company, Mayorga Organics.

“There’s this complexity that’s been created because of market access and the capital that the traders have,” he says. “I realized that I could make the traders obsolete – that’s why I started Mayorga Organics.”

In addition to roasting and despatch facilities in Maryland and Florida, with plans to extend to Detroit (USA), Mayorga Organics also operates organizations in Nicaragua, Peru, and Costa Rica to have a closer connection to their Latin American partners.

Alongside organic coffee, the company also imports and sells other products like beans, grains, seeds (such as chia), and cacao. Each of these products is imported to the United States by Mayorga Organics, bypassing exporters, importers, and various brokers. This maximizes the profit for the producer.

“I’d like to believe that people who buy our products know how we operate and why we operate in this way,” Martin says. “We feel empowered to be doing this kind of work, and I feel grateful that our customers know that they’re part of something that aims to benefit people in a meaningful and lasting way.”

Reestructurando la cadena de suministro del café
By using this website, you agree to our use of cookies. We use cookies to provide you with a great experience and to help our website run effectively.
OK
Manage consent

This website uses cookies to improve your experience while you navigate through the website. Out of these, the cookies that are categorized as necessary are stored on your browser as they are essential for the working of basic functionalities of the website. We also use third-party cookies that help us analyze and understand how you use this website. These cookies will be stored in your browser only with your consent. You also have the option to opt-out of these cookies. But opting out of some of these cookies may affect your browsing experience.
GUARDAR Y ACEPTAR